The future of CCRP

jackson said:
Ay ay, we gotta chill with the beef over here. No need to talk shit right now, I do agree with him tho. It wasn’t only the problem for ccrp, it has always been a problem where the server is left on without staff.
Click to expand...

Shut up boi. Go back to creeping up people with your long fingers.
swans-jailer
Reactions: jackson

DeathShadow said:
Shut up boi. Go back to creeping up people with your long fingers.
Click to expand...

I missed you Ban
swans-jailer
Reactions: Willsve, jackson, Ban and 1 other person

swans-jailer
I would love to see the old CCRP to come back since it went away, i went away as well because it kinda just lost its touch.
swans-jailer

swans-jailer
Would be cool just to have everything from when the server was big a year ago like printers, jobs ect.
swans-jailer

LukasTheBear said:
Would be cool just to have everything from when the server was big a year ago like printers, jobs ect.
Click to expand...

The printers, but the jobs didn't change that much.
swans-jailer

swans-jailer
Been a long time since I have been on this server It was vv fun I don't think many of you will remember me, but the old ccrp was the absolute best bc it made it challenging to kill other people and take over bases. I have played on elites server not too hard to get stuff but there is always someone that is bigger and better than you are. The rules are not that strict, but if you do bend or break them there is massive punishment. This is good because there aren't that many and if you do break them or bend them there is a clear sign to the staff to ban you. Every time I got on the server I have never seen a staff member just kick a person. In all of this elite (I know him personally now) he has put crazy guns on his server and all come with a unique capability, but he nerfed the guns with armor and health (suits) great way to nerf any gun. The most powerful gun on his server is the "Gaster Blaster" this one was tough to nerf but I suggested to him make another suit to nerf the gaster so the guy with the gaster cant just one shot people every time. Well he made that happen buy creating the "Admin Suit" he made it so other players actually have an advantage in a raid or protecting their base. This is a very hard server to start out on hell I am still starting out on it, but he made the server fun because there are goals in every players mind. Either that be to get a gaster or an admin suit or both. He made it challenging for the new player to see a weapon shoot out a beam that does 1 Billion damage, but there is a suit that only takes 1-5hp damage from it. So in the players mind they have to reach that goal by farming and gaining money because it costs both to buy both the gaster and the admin suit. You need to put your self in the players shoes like elite did he played on many different servers and he went with what he thought could bring in the players. (having a youtube channel helps tho). On any other occasion CCRP was amazing at first bc you had something to work for bc it was cool not too much farming not too much time spent afk while your barely playing the server.

Well although its nice to see everyone on this document that I remember although you may not remember me I thought I would throw that out there for some pointers bc every time I get in a call with elite it is always about what we can do to make the server better and better for the player. We have added things taken off things that made the rp experience bad it time consuming but hey the player base has something to work towards and that is what you need and what ever you decide doing Drew I can try to talk elite into shedding some light on it.
swans-jailer
Reactions: MrKiller, DeathShadow and Drewbie

swans-jailer
Please vote on this:

Weapons sold by gun dealer or permanent weapons from inventory?

Vote Now! [Inventory permanent weapons like we're use to with different rarities.] [Buy normal guns from the gun dealer]

And I'd like people to take a look on this map: 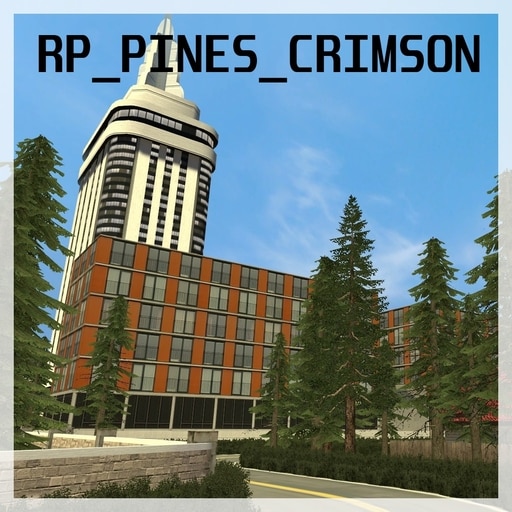 I have not yet decided on the map, but I found this map extremely good. It looks like the old evo city when it comes to the textures, and the layout of it is extremely good. You have the city and town centered so you don't need a vehicle to get around in the city. However on the outskirts you got a military base and a lot of open free space and buildings for those that don't want to stay in the city. It also has a huge space which could be used for helicopters and planes.
swans-jailer
You must log in or register to reply here.
Share:
Facebook Twitter Reddit Pinterest Tumblr WhatsApp Email Link
Top Bottom