swans-jailer
Finally the crew mod is here and its ready. The new crew mod will replace our current crew system. No data or anything will be carried over, every crew will have to start over again. That has been announced before. I would also like to point out this crew mod will require a lot more from you and your fellow members in order to level up and unlock new things. Its not gonna be cheap or fast since its suppose to be a team effort. So lets take a look at some of its features. 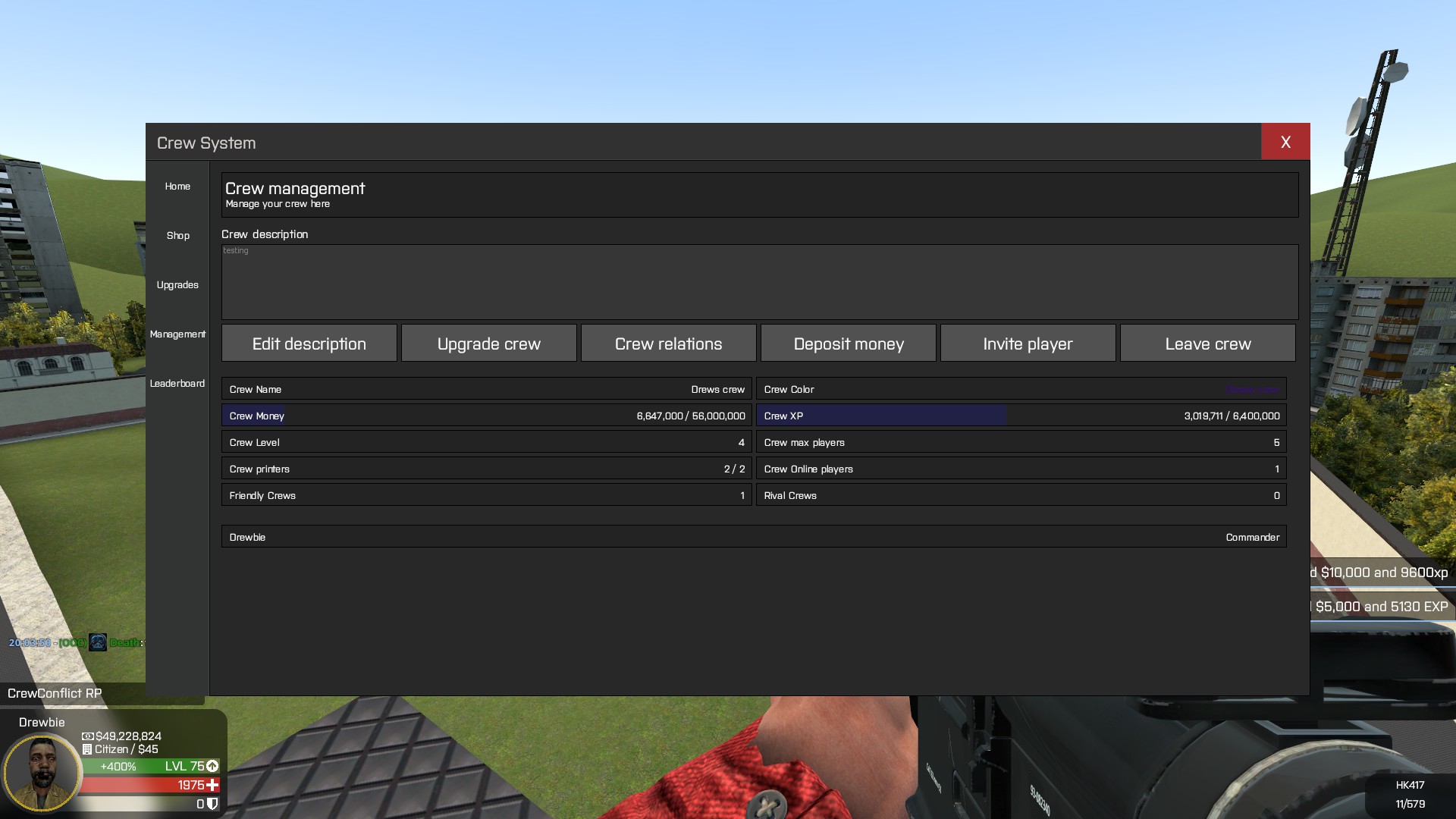 As many of you can see this is a new menu as well. Here we are in the "management" tab which from you can do different things such as deposit money and upgrade the crew. As you can also see it shows how much money and XP you need in order to level up, when you meet these requirements you can click "upgrade crew" and advance to the next level. Crew members also increases by two each 10th level. The crew can level up all the way up to 100 and therefor it can max have 25 members. But why not more? We don't want any "big crews" dominating the server, so you can't just invite everyone.

Crew relations
We have added the option to add other crews as either friendly or rivals. If you have someone as rivals it doesn't mean you can rdm eachother as you see fit. Its just a simple system to let you set them as friendly or rivals. 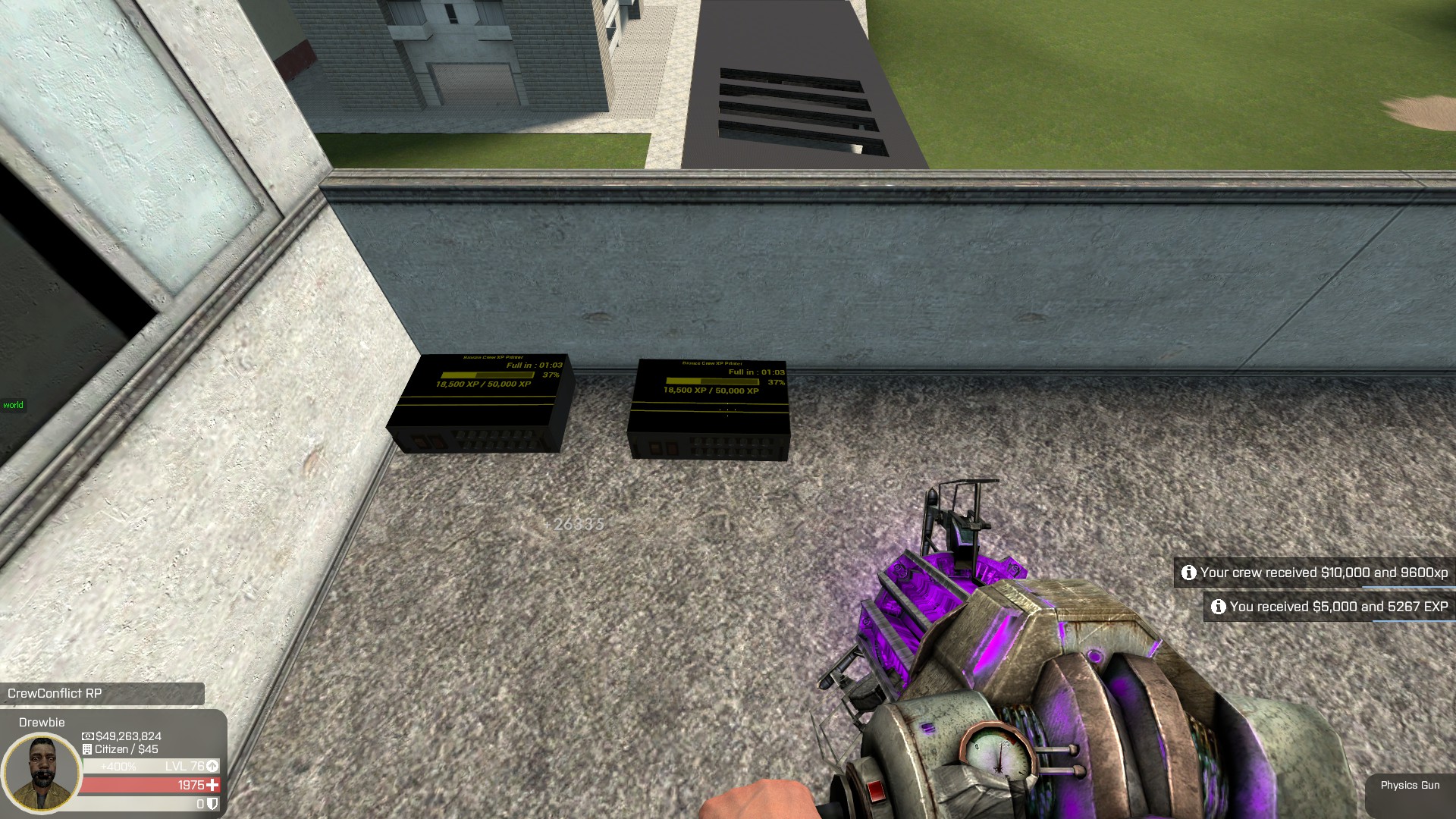 There are currently three kinds of "crew printers". We have the Bronze, Silver and Gold, these are different tiers which requires you to level up in order to purchase the silver and gold printer. These printers does not give any money or XP to the members, only XP to the crews. Its suppose to be useful for crews that can't compete for territory or just wants to base. However flags will still be the best source of XP to the crew. There are max 2 printers per crew, not per member but by crew. 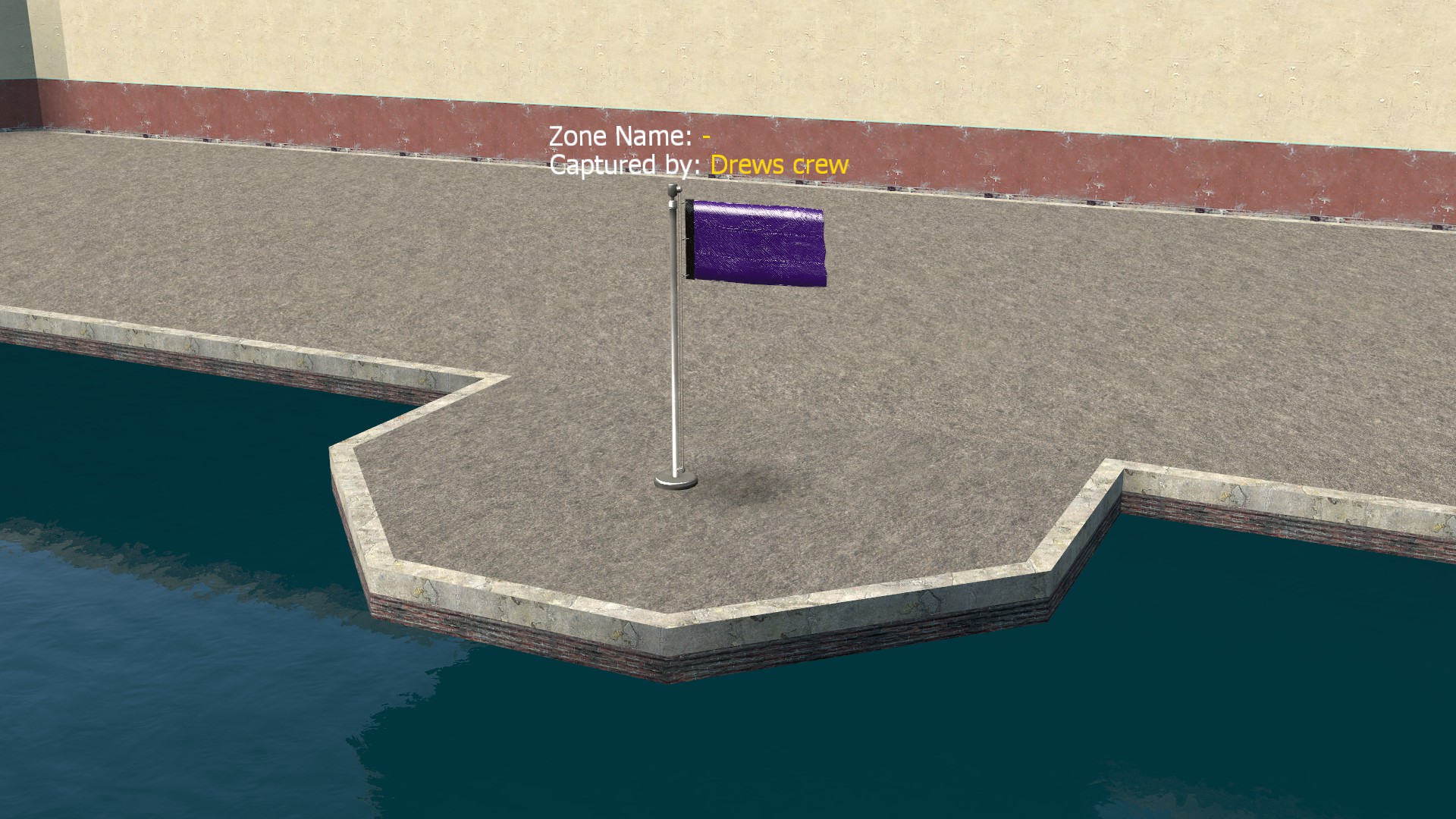 There is a new model for the crew flags, which are actual flags. When you can create a crew you can pick a color for your crew, that color will apply to the flag once you capture it. The reward and capture time remains the same.

Known bugs:
Stuck in crew if you are the only member
If you transfer leadership the new leader can't kick the previous leader
Lua error sometimes when you go on the menu
These bugs are all currently being worked on and will be fixed soon, but I think we can release it anyways.

FAQ:
Why are the crews so expensive?
We don't want anyone just making crews, so it will only be for people who has played abit. Its currently 100.000.000 for making a crew.

Why are the crews so expensive and takes so long to level up?
Because like I said earlier, it should be a group effort and its suppose to take time.

Why are the printers so bad compared to flags?
Because it should be more rewarding for holding territory, and flags gives XP based on the crews level not a static XP like printers.

How many members does the crew start with and how many is max?
The crew starts with max 5 members, after that you get 2 more slots each 10th level. And on level 100 that will be 25 people max in your crew.


Also we have made changes to the level system, we have reduced the amount of health you get per skill point since we are including more health in this crew system. Also decreased health regen.
swans-jailer
Last edited: Aug 28, 2018

swans-jailer
Can't wait for the new crew mod. Time to make one myself and get on the grind and hype train.
Glad to see I'm on the first image haha.
As always, great job drew.
swans-jailer
Reactions: ZeykaFX

swans-jailer
How many member slots do the crews start out with?
swans-jailer

JimboSitch said:
How many member slots do the crews start out with?
Click to expand...