swans-jailer
Update is now live and its a really big one. Before I go into the changes one by one I'd like to say that this update is pretty much a game changer. It also leans more towards the "OG" way of playing CrewConflictRP. The reason why It's more "OG" is because the map has been updated with the old textures and feel of the old map. You can also no longer sit in your base and open crates. You need to go out and find them or craft them.

Map changes:
So first of all the map has been updated with the old classic v33x textures while we kept the buildings and layout the same. Except we added in the nexus. So all your dupes will still work.

It does look good I'm I right?

Lootcrates
The lootcrates are no longer purchaseable from the inventory itself. Now you must either craft them or find them. With Zero Factorian you can actually have auto crafters that will assemble the crates for you if you are good enough. The lootcrates will also spawn randomly around the map when its five or more people on.

Skins
When you unbox a weapon or a cs:go knife that weapon can have a skin or not. The skin is tied to your weapon and cannot be changed, there's also many different and cool skins to the guns, while the knives keeps the standard CS:GO skins like doppler etc.

CS:GO Weapons
All TFA CS:GO weapons have been converted over to ArccW CS:GO weapons. So don't worry all your guns are saved and properly converted so you can now customize them. Why I did this change was because I wanted to get rid of one weapon base. Why have two when we can have one that's better. The reason why TFA was introduced in the first place was just because CS:GO guns were not on the ArccW base at that time. 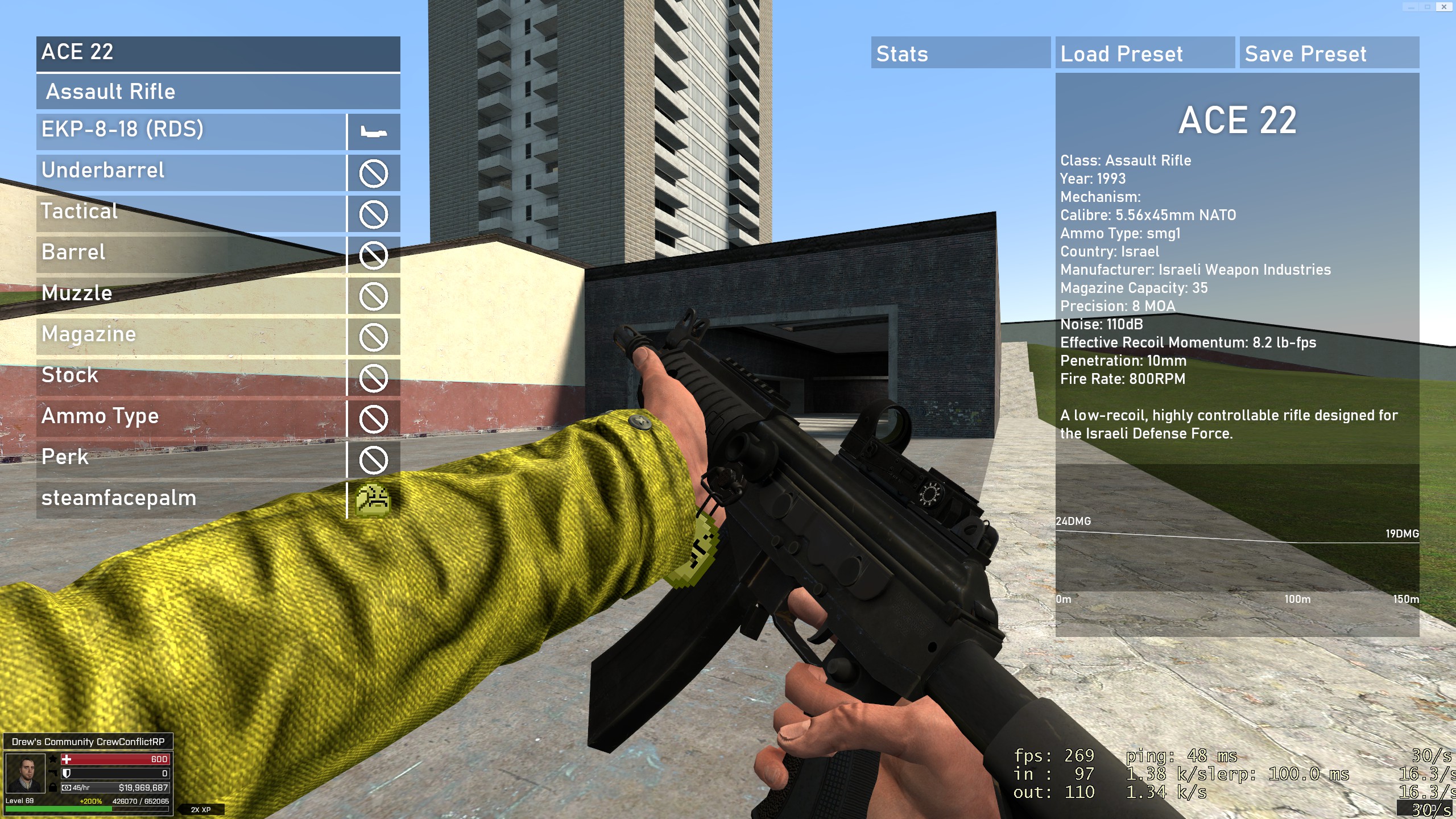 New ways of making money:
- Added a really cool city worker job. You will see it in the preview video of the update.
- Added cocaine script
- Added beekeeping
- Added ChopShops where you can sell stolen vehicles (they are based of the price of the car)
- Cash logistics system (raidable as well, can be found down in the bank)
- Added back in DarkRP fire system for firefighters

Other changes
- Reduced the amount of time it takes to level up from 2.5 to 2.0
- Moved the vault down to the new bank vault
- Added "unconscious" script where if you get hit by a car you will be knocked out for 10 seconds.
- Increased printer limit to 4 again
- Made two roblox crates since I added a new lowpoly AK
- Added new cop models
- @CCTV reworked vehicles and prices
swans-jailer
Last edited: Oct 19, 2020

Mynamejeff said:
Maybe if we get a actual mining job just specific to crates i think that would be a whole new game changer too
Click to expand...

Like he could only crate a few specific crates?
swans-jailer