swans-jailer
Hello! so this update I had to do installing parts at the time. Why? because I have been constantly working and moving for a whole week now, and each shift is 12 hours which leaves very little time to get on the PC, but here it finally is. So lets dive into the changes.

M9K
We recently installed M9K in our unboxing system for those people that wanted that. After all M9K is a solid weapon base with some good models.

Zero's Factory
This was suggested from Chad/Doggo and it looks really good, you can make money of it (if its too low we will increase it) and armors, yes you heard me armors!

Armors
So far we've only added 3 armors and they are quite pricey on F4 becasue you are suppose to craft them, they have special abilities which is pretty cool. These are not permanet and they are limited by time and if you die they will be removed. This script is in early alpha for our server and we will probably need to adjust it a lot, but lets start somewhere.
Known bug: armor + health skill points does not combine, so we will get that working.


gWatch
We recently installed gWatch which is a funny in game watch where you can display certain things like money, health etc, we wil also make the minimap work with it.

Territories
Now finally we have gotten a different territory mode. This territory mode will reward more when you hold an entire "Zone" the zone name will display how many poles are in the territory and you have to capture all of them to get the best reward. 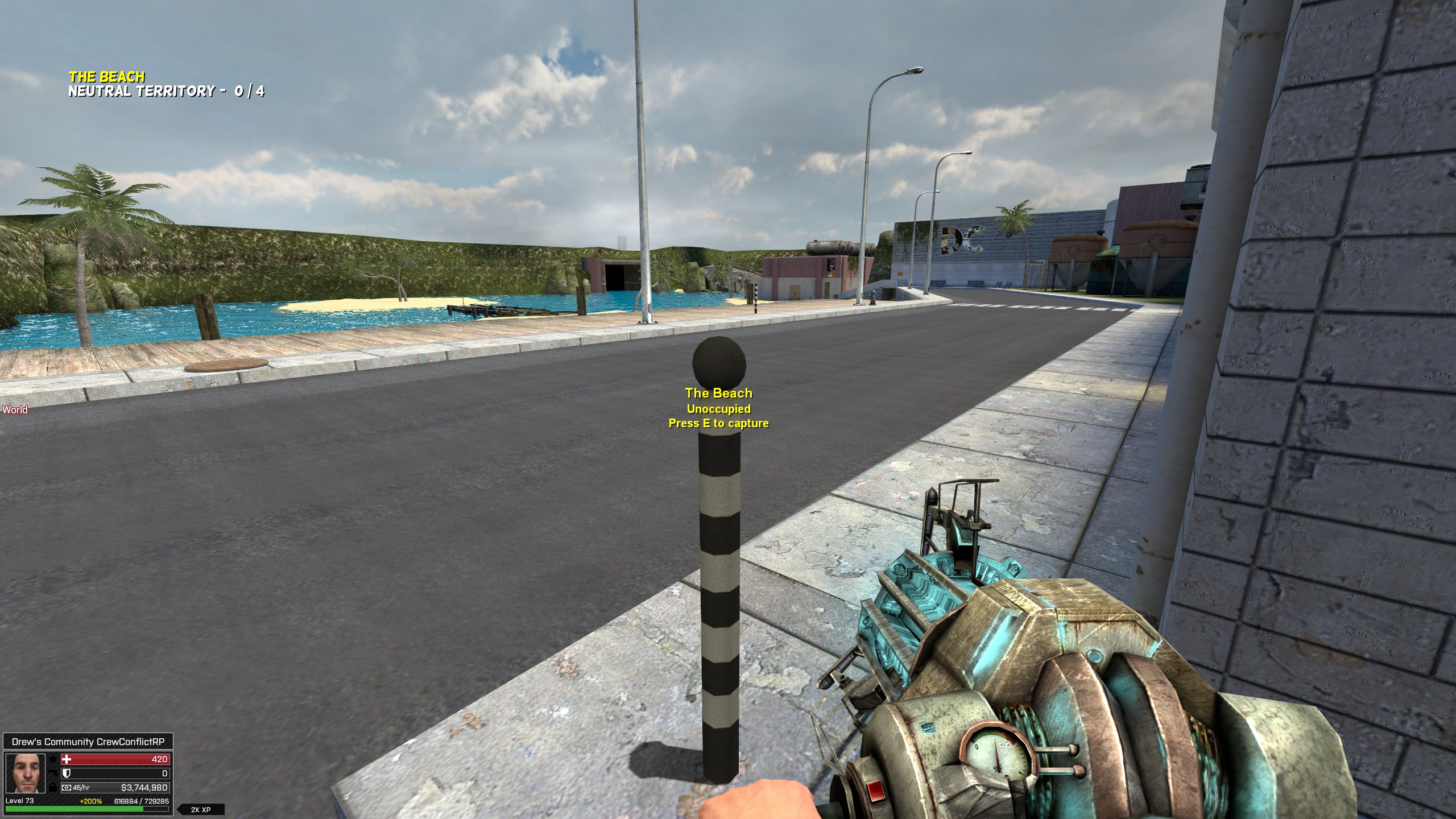 swans-jailer
Nice job! Focus on bug fixes now and once everything is stable I'm sure we can add new content!
The territories should make the server have a bit more of a PVP focus.
swans-jailer
Reactions: Drewbie

swans-jailer
hey drew, listen to me i love your work and all but. But my pp cant get any bigger man let me walk normally mate i need my pp to be small ffs
swans-jailer
Reactions: -Bobo-, Drewbie and Del Boy